The plan was signed by government officials from Afghanistan, Pakistan and Uzbekistan. 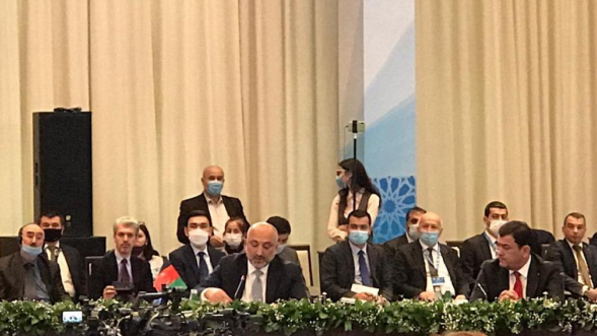 THE governments of Afghanistan, Pakistan and Uzbekistan have signed a ‘roadmap’ strategic plan to construct a new 573km trans-Afghan railway that will connect Central Asia with ports on the Arabian Sea.

Under the agreement, the three sides will conduct a joint expedition to survey the route and its terrain, as well as a preliminary feasibility study for the project.

The line will run from Mazar-e-Sharif in northern Afghanistan, via Kabul to Peshawar, Pakistan, and will connect with the existing Termez, Uzbekistan - Mazar-e-Sharif cross-border line, which opened in January 2012, offering a direct rail link between Pakistan and the Uzbek capital of Tashkent.

The agreement follows the signing of another joint proposal by representatives from the three governments in December 2020, which outlined plans to seek a $US 4.8bn loan for the project from global financial institutions. Uzbekistani broadcaster UzReport reports that the World Bank, the Asian Development Bank, European Bank for Reconstruction and Development, European Investment Bank, Islamic Development Bank, the Asian Infrastructure Investment Bank and the International Finance Corporation have expressed interest in the project.

The line will support both passenger and freight services, and is expected to improve the region’s economy and connectivity, particularly for landlocked Afghanistan and Uzbekistan. It is also hoped that the line will foster peace and stability in Afghanistan by creating new jobs.

The line will also connect with the 112km Atamyrat, Turkmenistan, - Akina - Andkhoy cross-border line, linking Turkmenistan with Peshawar. The line opened in two sections, beginning with the 88km Atamyrat - Akina section in November 2016. The second section to Andkhoy opened on January 14 2021, and includes 24km of mainline and 6km of sidings at Andkhoy. Construction of the second section began in July 2019 following the inauguration of expanded rail facilities in Akina.