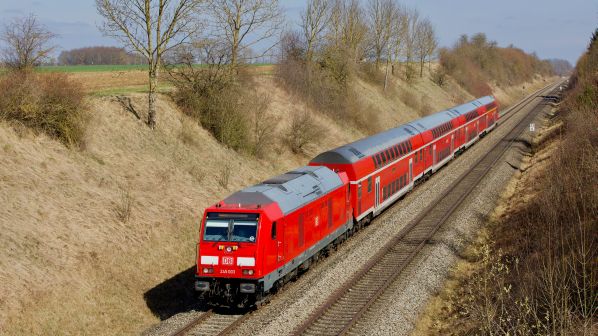 In an interview with Westdeutsche Allgemeine Zeitung, Scheller warns that DB is struggling to manage “enormous” renewal and financing costs and criticises the management of infrastructure projects.

“We see time and again that DB uses federal funding for railway infrastructure uneconomically and improperly,” he says. “A lot has gone wrong at DB. The state must do its job as owner and overseer of the railway to do better.”

“The federal government should take greater financial control over DB,” Scheller says. “It spends billions of euros and the company decides how it uses the money. There is a lack of transparency in how funds are used. The Federal Court of Auditors should be allowed to comprehensively monitor the finances of the railway. [DB] is 100%-owned by the federal government and currently receives €6bn a year in subsidies from the taxpayer. We have to be able to examine how this money is used.”

DB suffered a 17.4% fall in first-half earnings, which remained below forecast through the summer, and the group’s debts are now approaching €20bn.

Scheller also argues that DB’s commercial goals conflict with the government’s public service objectives for the railway. “In the past, DB had a legal mandate to provide public services,” he says. “This is now the responsibility of the federal government. The privatisation of DB was intended to make the company some sort of cash cow regularly generating surpluses and paying them into the federal budget. As we know, that didn’t work.

“If the federal government supports the current business of DB with many billions of euros, then it would be consistent for it to be given better insight. Profit maximisation and global corporate participation are incompatible with the federal government’s mission to ensure rail mobility for its citizens.”