The contracts cover the first 26km section of the loop. 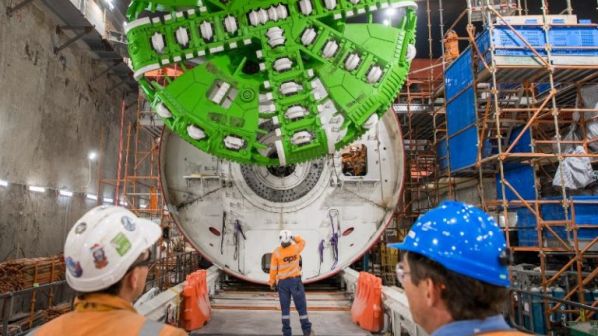 The first part of the project, SRL East, will deliver 26km of twin-bore tunnels and six new underground stations between the suburbs of Cheltenham and Box Hill. Trains will be running by 2035, with an end-to-end journey time of 22 minutes.

The project has drawn interest from the international construction market, with five bids submitted for the tunnelling work. Three bidders have now been invited to submit a detailed Request for Proposals:

The first contract will be awarded next year for twin-bore tunnels between Cheltenham and Glen Waverley, while the second includes the construction of tunnels between Glen Waverley and Box Hill. Contractors will be required to deliver at least 92% local content, excluding the tunnel boring machines (TBMs).

Initial work on SRL East is already underway and major works have been given the green light following completion of the Environment Effects Statement planning process.

Tunnelling is due to begin in 2026 using with up to 10 TBMs. Tunnelling work has been split into two separate contracts to ensure it is done as efficiently as possible, minimising disruption to the community.

The SRL was costed at $A 50bn ($US 34.3bn) when it was announced in 2018 but since then the Victorian Parliament’s Budget Office published a report saying the cost of the first two sections of the project could increase to more than $A 125bn. Meanwhile, the Victorian state opposition leader, Mr Matthew Guy, has announced he will scrap the project if his Liberal Party wins the November state election.