ITALIAN open-access high-speed operator NTV announced the results for its first eight months of operation on January 7, revealing it carried more than 2 million passengers on its Italo services from its launch on April 28 to the end of December. 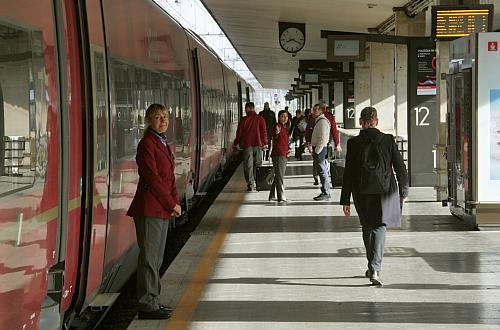 NTV has operated a total of 6485 trains with on-time performance of 94.4% and an average load factor of 51%. Total ridership during the period was 2.052 million.

Passenger numbers have continued to build through the year with the launch of new routes, the most recent being the extension of services to Turin on December 8. NTV operated 1295 services during December and saw a 25% increase in monthly ridership.