Safety certificate granted only for routes to Lyon and Marseille. 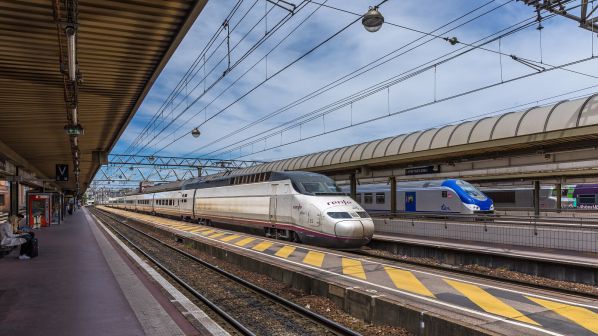 SPANISH national operator Renfe ran its first high-speed train entirely with its own personnel in France on January 16, as it prepares to introduce Barcelona - Lyon and Madrid - Marseille services “before the summer.”

This follows the unilateral withdrawal of French National Railways (SNCF) from the 50:50 Elipsos joint venture with Renfe, which brought an end to jointly-operated Barcelona - Lyon and Madrid - Marseille services on December 11 2022.

Renfe has now been granted a safety certificate to operate in France, but only from Perpignan to Lyon and Marseille. The safety certificate was issued on December 22 2022 by the European Union Agency for Railways (ERA) after Renfe had “overcome” what is says were “many demands” made by French railway safety authority EPSF.

Renfe also notes that unlike in Spain, where safety certificates apply to the whole of the national network, including that held by SNCF subsidiary Ouigo, EPSF requirements only enable operators to obtain permission to operate on specific routes in France.

Now working to establish its own subsidiary in France, Renfe says that will continue to seek a safety certificate covering the whole of the French network in order to take advantage of the passenger market opening up to competition.

Meanwhile, preparations for the launch of its own services to Lyon and Marseille include driver training, which is now underway and is expected to be completed by mid-April.

Services will be introduced “before the summer” in two phases. The first comprises six services a week on alternate days on both the Madrid - Marseille and Barcelona - Lyon routes, giving a total of 12 services each week.

The second phase will see two trains in each direction operating every day on both routes, a total of 28 services each week.