The line interchanges with Doha Metro. 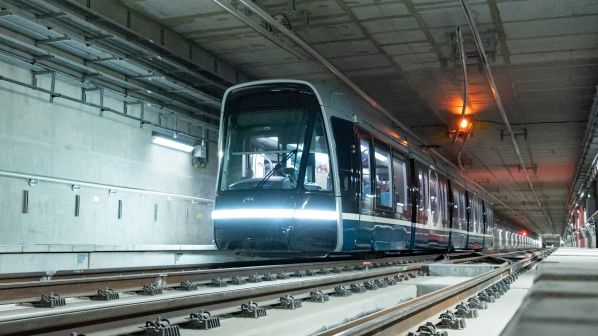 THE first 5.5km section of light railway opened on January 1 in Lusail, a new city located north of Doha. The section runs underground from Legtaifiya, where it interchanges with the Doha Metro, to Energy City South, with stops at Marina, Marina Promenade, Yacht Club and Esplanade.

The full 34km network will eventually serve 25 at-grade and seven underground stations along four lines with a connection with the Doha Metro, and will be catenary-free above ground.

Qatar Railways Company awarded the LRTC consortium a €2bn contract in 2014 to supply the turnkey light rail system. The consortium comprises Alstom (40%) and QDVC (60%), a Qatari shareholding company in charge of civil works which is held 51% by Qatari Diar Real Estate Investment Company and 49% by Vinci Construction Grands Projects.

Services are provided by 28 five-section low-floor Citadis X05 new generation LRVs with capacity for 209 passengers. Passenger information and security systems are provided both on the vehicles and at the stations.

Alstom supplied the LRVs and was responsible for track works including hardscaping, power supply equipment including the bulk and TPS substations, catenary and catenary-free technology (APS), and also installed the Urbalis 400 CBTC signalling and platform screen doors. The APS system uses 11m segments set into the track bed to supply current to vehicles, which automatically switch on and off depending on whether an LRV is passing over them.