THE Finnish government has agreed to fund 70% of a €250m project to build a 23km light rail line in Tampere, leaving the city to fund the remaining 30%. 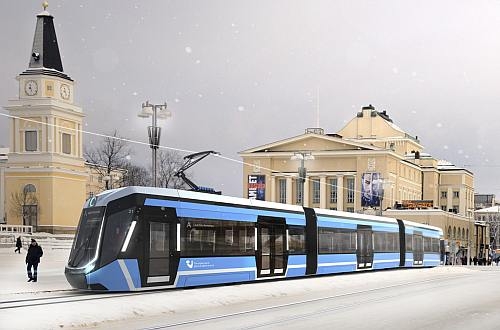 "Now preparation for the project can continue at full speed," says the mayor of Tampere Ms Anna-Kaisa Ikonen. "Our goal is that next October the council can make a decision to build a tram, and construction could start next spring."

The line will run from Tampere city centre to Sampola, where it will split into two branches to serve the University of Tampere and the Hervanta area. The line will have 23 stations. It is planned to open the first phase from Hervanta to University Hospital in 2021.

A separate budget of €83m has been allocated to acquire the rolling stock. Tampere has issued a call for tenders for the supply and maintenance of between five and 40 LRVs, plus a driving simulator. The fleet will be acquired during a period of three to eight years. The closing date for requests to participate in the tender is April 18.

Tampere awarded a contract in June 2015 to the Tralli consortium of Pöyry, VR Track, Yit Construction and Ratatek to implement the project.