STAGECOACH Group announced in a regulatory statement on May 8 that its Stagecoach East Midlands Trains (EMT) subsidiary has launched legal action against the Department for Transport (DfT). 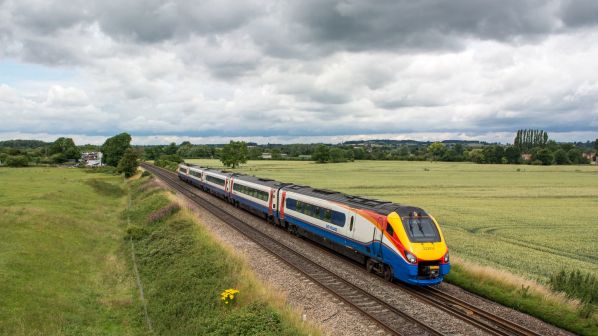 A claim has been filed at the High Court in London under Part 7 of the Civil Procedure Rules alleging that the DfT breached its statutory duties under European Regulation 1370/2007, which governs public procurement of passenger rail services.

EMT was disqualified from the East Midlands franchise competition last month, when the government confirmed its intention to award the contract to Abellio following a 10-day standstill period. This period has been extended but expires on May 8.

Stagecoach is also preparing a claim for a judicial review of the DfT’s decision to disqualify it from bidding for the East Midlands franchise and the decision to award the franchise to Abellio.

Stagecoach says the Part 7 claim centres on its refusal to accept potential pensions risks, which the DfT expects operators to bear on the East Midlands, South Eastern and West Coast Partnership franchises. While the full extent of these risks is unknown, Stagecoach estimates them to be “well in excess of £1bn.”

“We remain deeply concerned at the DfT's procurement of the three most recent rail franchise competitions and the rationale behind its decisions,” says Stagecoach Group chief executive Mr Martin Griffiths.

“Despite our continued requests for full transparency around these matters, many fundamental questions remain unanswered. As a result, regrettably we have had no option but to commence legal action against the DfT to ensure the serious issues involved and the DfT's opaque decision-making are subject to proper public scrutiny.

“In view of the legal action we have taken today we believe it would be untenable for the DfT to proceed to sign any contract for the East Midlands franchise without a full and proper review of the procurement of that  franchise to help restore public confidence in the process.”

In an emailed statement, the DfT responded: “Stagecoach is an experienced bidder who knowingly submitted non-compliant bids on all competitions. In doing so, they disqualified themselves.

“We do not comment on legal proceedings. However, we have total confidence in our franchise competition process and will robustly defend decisions that were taken fairly following a thorough and impartial evaluation process.”