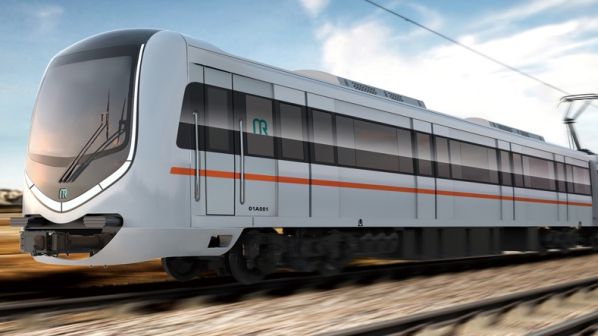 The new trains for Kharkiv are based on designs CRRC Tangshan has already delivered to China.

The 96m-long train will feature open-gangways, a first for Ukraine, and is based on designs sold to Chinese operators. The contract also includes spare parts, tools and supporting services. Delivery of the first vehicle is expected to take place within 18 months, and all eight trains within two-and-a-half-years.

The contract is CRRC Tangshan’s second in Europe having won an order for light rail vehicles for Porto in December 2019.

The order is financed through a €382m loan agreed by the Ukrainian government and the European Bank for Reconstruction and Development (EBRD) and European Investment Bank (EIB). As well as the rolling stock and a new depot for Line 3, the loan is supporting a 3.47km extension of the line and the addition of new stations at Derzhavinska and Odeska.

Tenders for the project are set to be announced later this year, according to the deputy mayor of Kharkiv, Mr Evgeny Vodovozov, who was speaking to journalists at the end of April.

“We are preparing the sites, demolishing the buildings that the city bought, so that the contractor, once in place, can begin work immediately,” Vodovozov said.

For detailed data on metro projects and fleet orders from around the world, subscribe to IRJ Pro.