RATP delays commissioning of extensions to metro lines 4 and 12

PARIS Transport Authority (RATP) has announced that work on extensions to metro lines 4 and 12 will be delayed by several months due to the implementation of measures to reduce the spread of Covid-19. 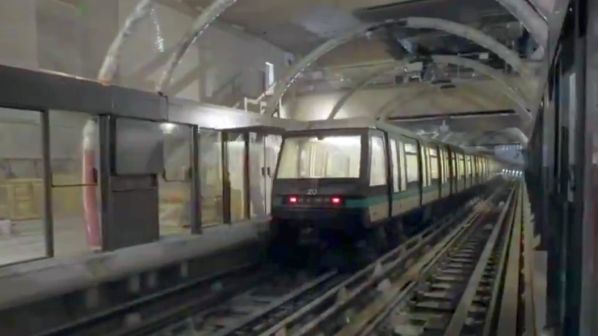 Commissioning of the 1.8km extension to Line 4, which runs from the line’s current southern terminus at Mairie de Montrouge to Bagneux-Lucie Aubrac, as well as 2.7km of upgrades to the existing line, is now scheduled to be carried out from the end of 2021 instead of from the middle of next year.

Work on the line was previously delayed by two months due to the impact of strike action. Catch-up work planned to accommodate for this delay was later cancelled in March following the announcement of a nationwide lockdown to restrict the transmission of Covid-19, with work gradually resuming from the beginning of May.

Commissioning of the 1.9km extension to Line 12, which runs north from Front Populaire, via Aimé Césaire, to Mairie d’Aubervilliers, will be delayed until spring 2022. The work was originally planned for the end of 2021. Work on the line was also restricted following the lockdown, but was resumed at the start of May.

RATP has confirmed that work on the northern extension to Line 14 remains on schedule, and the new section will open on December 14 as scheduled. The line runs from Saint-Lazare, via Pont Cardinet, Porte de Clichy and Saint-Ouen, to Mairie de Saint Ouen. Porte de Clichy station is scheduled to open in January 2021.

At present, installation of station equipment is being finalised, with testing of escalators, lifts and ventilation underway.

RATP also confirmed that work on the 6km extension to Line 11 between Mairie des Lilas and Rosny Bois Perrier, and the 14km southern extension to Line 14 between Olympiades and Orly Airport, are still on course to open by 2023 and 2024 respectively.

The Line 11 extension will provide six new stations and a new maintenance facility. Tunnelling is currently in progress, with the Sofia tunnel boring machine (TBM) arriving at Montreuil-Hôpital station after departing from La Dhuys on May 25.

The Line 14 southern extension will add seven stations to the line, and is currently planned to open in time for the 2024 Olympic Games, which will be held in the city. Tunnelling on the line is underway, and is being carried out by three TBMs.

However, RATP warns that the new construction timetables are subject to the current economic and health situation, and may be further altered in the future.