The contract was awarded to a Japanese joint venture. 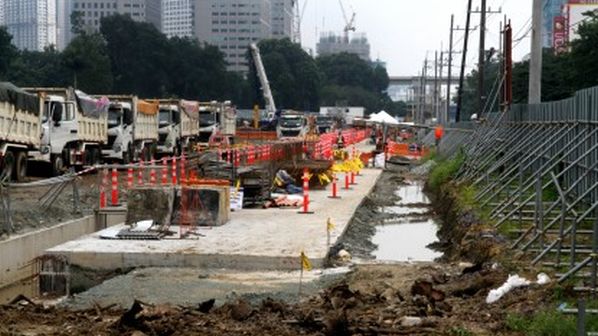 PHILIPPINES Department of Transportation (DoTr) secretary, Mr Arthur Tugade, has signed a Pesos 17.75bn ($US 338.5m) contract with the Tokyu-Tobishima Megawide Joint Venture (TTM-JV) to construct a section of the Metro Manila Subway.

The 36km first phase of the north-south line will run from Quirino Highway in Quezon City to Taguig and Ninoy Aquino International Airport Terminal 3, serving three of Manila's business districts.

The contract was signed at an event at Edsa Shangri-La in Mandaluyong City by Tugade and executives of the TTM-JV. During the event, right-of-way usage agreements were also signed between DoTr and partners in the private sector including Blemp Commercials of the Philippines, Megaworld Corporation, Robinsons Land Corporation, and Ortigas & Company Limited Partnership.

In a speech, Japanese ambassador to the Philippines, Mr Koshikawa Kazuhiko, congratulated the DoTr and the TTM-JV for the “milestone” in bringing the Metro Manila Subway closer to reality.

Koshikawa noted that Tokyu Construction, the head of the TTM-JV, is “well-known for their significant expertise in the construction of railways and its related developments.”

“I am confident that they certainly will apply Japan’s cutting-edge technology and knowledge to the Metro Manila Subway’s best advantage,” he says.

Construction of the line began in February 2019, and it is scheduled to partially open by 2025. The project will primarily be funded through grants and loans from the Japanese government. The line will have 15 underground stations with capacity for up to one million passengers a day, and is expected to reduce travel time between NAIA and Quezon City from 1h 10min to 35 minutes. DOTr awarded Thales a €156m contract for the supply of integrated communications and supervision (ICS) systems and an automatic fare collection (AFC) for the line in March.