A groundbreaking ceremony was held in the Bade district of Taoyuan on October 15 to officially launch construction of the Taiwanese city’s metro Green Line. 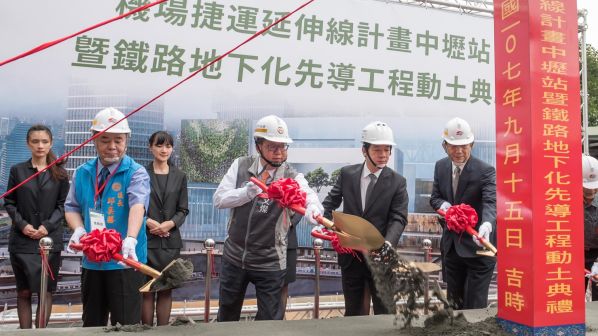 The 27.8km driverless line will link Bade in the south with the city centre and Luzhu Industrial Park, where it will split into branches serving Kengkou and Hengshan, both of which will be interchanges with the Taoyuan Airport MRT.

The central section of the 21-station line, including all stations in Taoyuan district and three stations in Bade, will be underground while the remainder of the line will run on an elevated alignment.

The $NT 98.2bn ($US 3.2bn) project was approved by the Taiwanese government in April 2016 and subsequently included in the Infrastructure Development Programme.

Rolling stock for the Green Line will be supplied by Hyundai Rotem under a contract awarded in June.