Bavaria sets out rail strategy for 2030 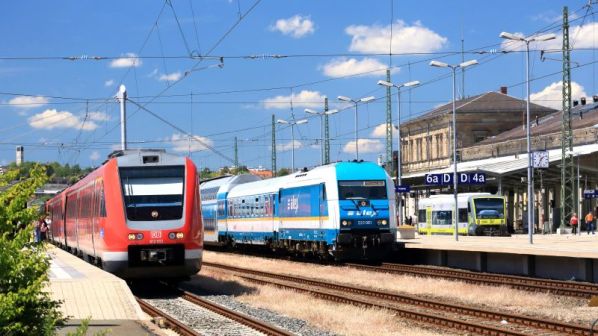 THE state government of Bavaria in Germany has presented its public transport strategy for 2030, which sees limited scope for significant development of the regional rail network.

Bavaria is instead planning large-scale expansion of its bus network, aiming to double passenger numbers by 2030 when compared with traffic before the Covid-19 pandemic.

This will include increasing the size of the bus fleet from 13,000 to 20,000 vehicles, operating more frequent services and simplifying ticketing, especially via new digital channels. Potential improvements to organisational processes are also highlighted.

The strategy also supports hydrogen fuel cells for rail, although beyond trials there are currently no plans to deploy hydrogen-powered trains in Bavaria.

While the strategy supports the modernisation and extension of light rail, metro and S-Bahn systems in Bavaria’s major cities, it sees no place for expanding the regional network, particularly through projects to reopen routes to passenger services.

The attitude of the Bavarian state government in not supporting reopening projects is in direct contrast with the neighbouring states of Baden Wuerttemburg and Saxony, both of which are actively pursuing several reopening projects on their regional rail networks.

Bavaria has long used different and much more stringent criteria to assess rail reopening projects than the rest of Germany.

Perhaps reflecting the lack of priority attached to further developing new rail services - and a clear lack of interest in financing these projects outside major cities - the report was presented alongside representatives from the bus industry and the city of Regensburg.

Unlike most other major cities in Bavaria, Regensburg does not have a light rail system although planning work to build one is underway.