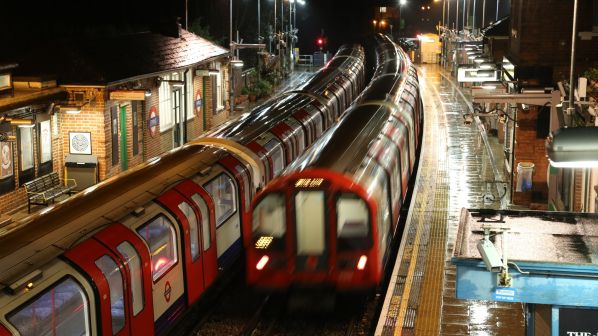 According to a report by the Financial Times, Shapps, in a letter sent earlier this month, proposed an emergency funding deal worth £1bn to support TfL for six months between now and March 2021.

This is substantially less than the £1.83bn of support requested earlier this month by Mayor of London, Mr Sadiq Khan, in his role as chair of TfL. Khan has also requested £2.94bn to support the operator from March 2021 until the end of the 2022 financial year.

TfL says that it also requires another £750m to cover further costs incurred for the completion of the Elizabeth Line, which will now not open until the first half of 2022. The Elizabeth Line is being built by Crossrail Ltd, a joint venture between TfL and the Department for Transport.

The emergency funding comes with a raft of additional conditions. In exchange for funding until March, TfL must agree to further increases in fares. Under the conditions of the original bailout agreement in May, TfL must already increase fares annually ahead of inflation by a rate of RPI +1%. Khan had previously frozen TfL fares following his election in 2016.

TfL must also curb the remaining free travel entitlements for children and pensioners, instigate a series of pension and workplace reforms, and accelerate the implementation of driverless trains.

Additionally, London would face higher council taxes and must expand the area of its £15 congestion charge to encompass an area between the North and South Circular roads from October 2021.

In his letter, Shapps warned that if no agreement could be met, the government could take “reserve legislative powers allowing us if necessary to direct TfL.”

“As Mayor, I simply cannot accept these government proposals for TfL, which would hit Londoners with a triple whammy of higher costs at a time when so many people are already facing hardship,” says Khan in response to the proposal.

Khan also highlighted that the discrepancy between government support of main line rail operators and its ongoing negotiations with TfL. Under the current Emergency Recovery Management Agreements (ERMA) agreed last month, all shortfalls by Britain’s main line operators will be covered through government funding for 18 months.

The package, agreed in May, comprises a grant of £1.095bn and a loan of £505m, was originally due to expire on October 17, and was deemed sufficient support operations for the next two weeks due to higher than predicted ridership on the network.

Following the removal of government operating grants in 2015, TfL has become overwhelmingly reliant on passenger income, with approximately 72% of total income being acquired through fares. This compares with 47% for Madrid Metro, and 38% for the New York Subway and Paris metro. Consequently, TfL has suffered severely compared with other metro operators following the implementation of coronavirus lockdown measures, which saw a 95% reduction in journeys on the network.