HOKKAIDO Railway Company (JR Hokkaido) has submitted an application to Japan’s Ministry of Land, Infrastructure and Transport seeking to raise the maximum line speed on the Shin-Hakodate-Hokuto - Sapporo extension of the Hokkaido Shinkansen from 260km/h to 320km/h. 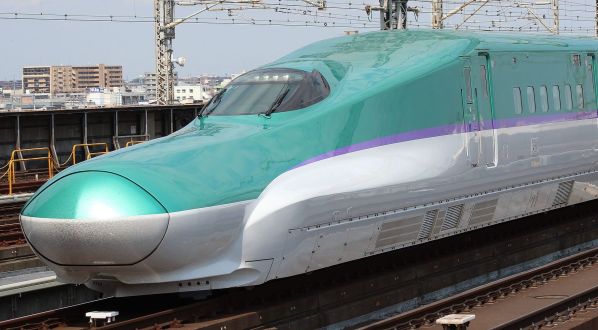 The additional works to raise line speeds will add an estimated Yen 12bn ($US 110m) to the cost of the project and primarily involve redesigning tunnel portals and raising noise barriers.

The measures are expected to reduce Shin-Hakodate-Hokuto - Sapporo journey times by around five minutes compared with 260km/h operation.

The initial 148.8km phase of the Hokkaido Shinkansen from Shin-Aomori to Shin-Hakodate-Hokuto opened in March 2016.

East Japan Railway Company (JR East) hopes to introduce a new generation of high-speed trains based on its 360km/h Alfa-X prototype on the Tohoku and Hokkaido Shinkansen from around 2030.