THE Taiwanese city of Kaohsiung partially opened Phase 2 of its Circular light rail line on January 12, taking the total length of the line to 12.8km. 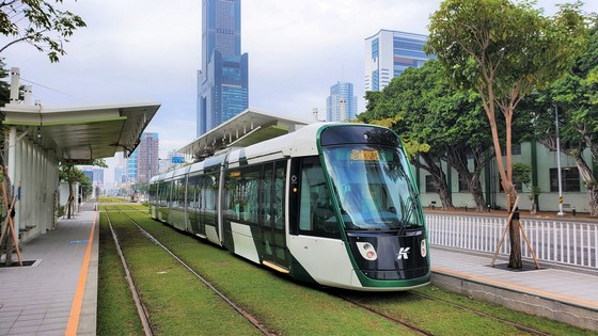 Construction of the line began in 2013, with the 8.7km, 14-station Phase 1 opening in 2015. Services were initially operated using a fleet of CAF Urbos LRVs. The remaining 9.3km 15-station section connecting Singlong Road with Rainbow Park, which will complete the 22.1km circle, is scheduled to open in 2023.

A new fleet of 15 Alstom Citadis X05 low-floor LRVs were also introduced to the line in early November, under a contract awarded in January 2017.

The LRVs can operate autonomously using Alstom’s Autonomy charging solution, combined with the Citadis Ecopack energy storage system and a catenary-free recharging system at each station.

The LRVs were manufactured and assembled in France, with testing, training and warranty services carried out in Taiwan.