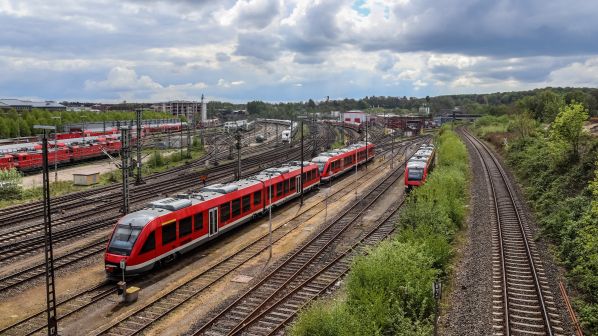 THE northern German state of Schleswig-Holstein has awarded contracts to operate new battery EMUs on three regional networks to three different operators following a tender process that commenced in May 2020.

The tender was split into three lots, which collectively account for 10.4 million train-km. Five bidders submitted 12 tender offers in January, with Schleswig-Holstein Local Transport Association (NAH-SH) stipulating that a single bidder could win no more than two lots, the first time it has employed such a limitation.

Increased frequencies between Kiel and Preetz form part of the planned timetable to accelerate Kiel - Lübeck services. OHE has experience of German regional concessions as part of Metronom and via its Errixx subsidiary, both of which are active in Lower Saxony.

RDC Autozug Sylt will take over operation of the North contract from December 2023, again replacing DB Regio. Like OHE, this is RDC’s first tendered passenger service contract in Germany. It comprises:

As part of this contract, services will be provided on the short re-opened line to Rendsburg-Seemühlen

NBEretains RB 63 Büsum - Heide - Neumünster and RB 82 Neumünster - Bad Oldesloe, with the contract due to start in December 2023.

Stadler Germany is supplying 55 two-car Flirt BEMUs to NAH-SH, which will lease them to the operators, replacing replace Alstom Lint DMUs currently used on all three contracts. Stadler will maintain the trains at a new depot under construction in Rendsburg.