An Operator of Last Resort will take over from Abellio in March 2022. 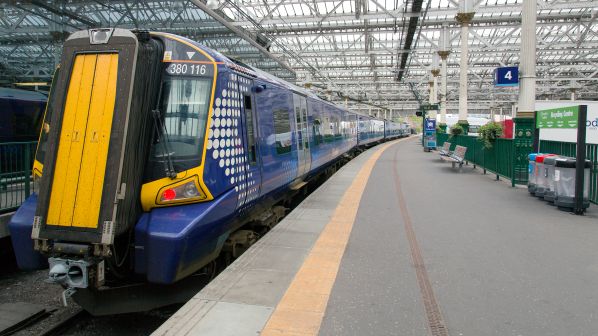 Abellio took over the operation of ScotRail in 2015.
Photo Credit: Shutterstock

THE Scottish government has announced it will take over operation of the ScotRail franchise from Abellio at the end of the current franchise period, which is expected in March 2022, with the franchise put under the control of an operator of last resort.

In a statement to the Scottish parliament on March 17, Scottish transport secretary, Mr Michael Matheson, announced that ScotRail services will be provided within the public sector by an arm’s length company owned and controlled by the government.

Matheson said the current franchising system was not fit for purpose, an idea that has been echoed by Mr Keith Williams, who led the UK Rail Review process. Williams has previously said that ‘franchising cannot continue in the way that it is today.’

The British government effectively ended the franchising system in England in September 2020 with the start of government-funded Emergency Recovery Measures Agreements (ERMAs) to meet the cost of operation during the Covid-19 pandemic while passenger numbers remain suppressed. The ERMAs are intended to run for up to 18 months, and are expected to be replaced by a concession-based system in the long-term, although plans are yet to be finalised.

“In the meantime, with the current ScotRail franchise expected to end in March 2022, we need to take decisions about successor arrangements within the current legislative framework,” Matheson says. “We have for some time been considering the full range of options available under that framework for continuing services beyond the franchise expiry. Following a detailed assessment process and given the uncertainty caused by Covid-19, alongside the continuing delays to the UK government’s White Paper on rail reform, I have decided that it would not be appropriate to award a franchise agreement to any party at this time, either through a competition or a direct award.”

ScotRail staff will transfer to the new Scottish government-owned entity, with their terms and conditions protected.

Matheson also announced that work is underway to put in place further Emergency Measures Agreements (EMAs) for ScotRail and Caledonian Sleeper franchises between April 1 and September of this year at an expected additional cost of £173.1m.

Abellio, the international passenger subsidiary of Netherlands Railway (NS), was told in 2019 that it would not receive a three-year extension to its franchise to operate ScotRail when its existing contract comes to an end in 2022. Abellio took over the operation of ScotRail in 2015, ousting First Group, which had held the contract since 2004. The franchise was for a minimum of seven years with an option for a three-year extension, and included a five-year break clause.