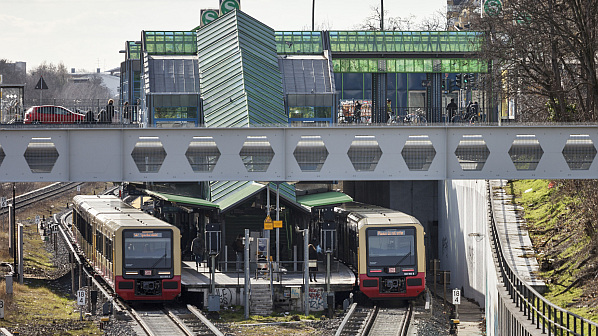 THE first 10 new class 483/484 S-Bahn trains for Berlin built by a consortium of Stadler Pankow and Siemens have completed their testing on the S47 line.

The trains are all pre-series sets and have been running tests in everyday operation carrying passengers between Spindlersfeld and Hermannstrasse since January 1. The trains recorded more than 99% availability during the seven-month test period .

The 10 pre-series trains will now enter regular service. Production series trains are being built with the first due to enter traffic on the S46 line from July 1 next year.

“The new trains have proven to be reliable both in February snow and in the first hot days of summer,” says Mr Peter Buchner, CEO of S-Bahn Berlin, a subsidiary of German Rail (DB). “They are also especially popular with our staff as well as our passengers.”

Bodyshells are fabricated at Stadler’s plant in Szolnok, Hungary and moved by road for final assembly in Stadler’s Berlin factories. Siemens is supplying traction equipment and bogies, which are derived from a design used on Oslo Metro MX3000 trains.

S-Bahn Berlin signed framework contract for the supply of up to 1380 vehicles in December 2015.