Over the past two years, British operator Southeastern Railway has introduced contactless cards and smart ticketing on its network south of London and in Kent. David Burroughs asks Southeastern’s head of retail, John Backway, about how the system has been rolled out and what its benefits are. 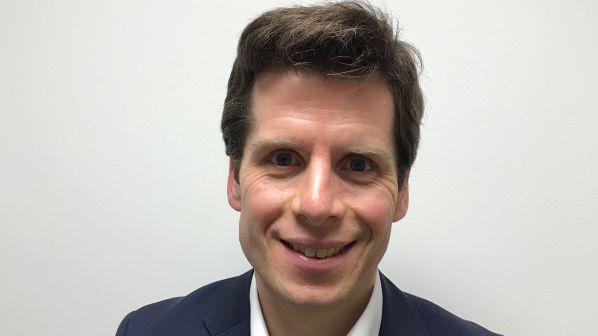 THE familiar orange magnetic-stripe paper tickets used by passengers on Britain’s rail network have become recognisable around the country over the last 30 years or so as they are synonymous with network-wide travel, regardless of operator.

But Southeastern Railway head of retail, Mr John Backway, told the Transport Ticketing Global conference in London in January that while being one of the industry’s biggest benefits, the “tangerine ticket” was also its Achilles heel.

“A lot of people we talk to, and a lot of people unfamiliar with UK national rail, struggle to understand why we don’t move more quickly away from traditional paper tickets with a magnetic stripe on the back and the reason is that it is literally the only ticketing standard that operates everywhere,” Backway says. “It’s the lowest common denominator and allows those through journeys.”

Now, Southeastern and other operators around the country have begun stepping up efforts to switch away from the legacy system by offering passengers improved options such as contactless and smart tickets.

Southeastern originally received funding under the SEFT scheme, using the government’s chosen Itso specification for smart ticketing, to upgrade ticket barriers across the network to enable the use of contactless cards alongside magnetic stripe tickets in December 2016.

“We also put readers on some of the vending machines, to sell tickets and also to collect online purchases but there was no other availability of smart products,” Backway told IRJ during the conference. “The ticket office was specifically excluded even though we have 140 ticket offices and most stations have a staffed presence.”

The product offering was also limited to season tickets, resulting in a limited number of passengers switching. However, with the upgrade linked to Transport for London’s (TfL) Itso on Prestige (IOP) update, which required all readers that were previously only compatible with the Oyster system to also work with Itso and cEMV, passengers travelling from the Southestern network to the TfL network were granted easier through access.

Yet the biggest shift in momentum towards the acceptance of smart cards, including Southestern’s The Key, was the Department for Transport’s (DfT) Smart Ticketing on National Rail (STNR) project.

“That has allowed us to introduce new products, so we have single and return tickets with Railcard discounts, through journeys to other parts of the national rail network so it’s not just local - it’s a much more national product,” Backway says. “We’ve put in the full retail provision, so now all the retail offices are equipped and customers can get cards at the stations as well.”

Now that the foundations have been laid with the installation of the contactless infrastructure, back office integration and the online purchasing portal, the focus has changed to enhancing the passenger experience through the new system and encouraging even more passengers to switch.

“We’re bringing ticketing up to the level it should always have been at, but now we’ve got that foundation there’s a lot more things we can do with it,” Backways says.

Backway describes a “quick win” as the move towards faster delay repay compensation, which is expected later this year. Instead of filling in a time consuming form to receive compensation for delayed or cancelled services, Southestern will instead use smart cards data to streamline compensation for service delays.

“The next stage of what we really want is to allow people to use their phone instead of a card because then you don’t have to exchange your ticket for a plastic card or you don’t have to remember to bring your card with you every time you travel.

“Using the phone brings a far, far richer Southeastern experience because you’ve got dynamic two-way communication, you’ve got the ability to link information provision into ticketing and of course you’ve got a visual interface to say what tickets you actually have or are about to expire.

As ticketing options become smarter, they also raise the issue of data collection and privacy concerns, especially since the introduction of the General Data Protection Regulation (GDPR). Backway told the conference these issues need a common industry-wide approach.

“In a federated environment such as UK rail, we need to be mindful that not one organisation will own this data or indeed the customer relationship,” he says. “We need to have a plan in place for that and work together and trust each other that we’ve got a bigger plan in mind of what we can achieve for the customer benefit.

“It’s a complex industry, as indeed all public transport is, and the value of acting in a coordinated way can actually bring us far more benefit than if we think in a proprietary manner.”