Ivan Beltramba* argues the case for a simpler solution than Europe’s expensive digital automatic coupler to aid the revival of European rail freight. 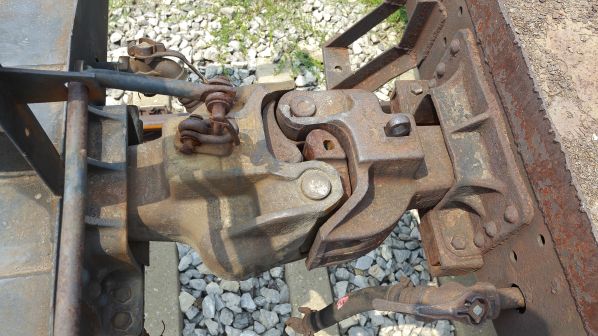 THE European Commission has declared 2021 the European Year of Rail, so let us look at the efforts to deliver the automatic coupler, a solution first proposed in the 1930s to replace the manual coupling of wagons, one of the problems facing European rail freight and a barrier to achieving the Single European Railway Area (Sera).

The Next Generation EU or “The Green Deal” could be the right way to achieve the level playing field railways greatly need to be a reasonable alternative to road freight: shifting freight from road to rail will help to reduce CO₂ emissions from transport significantly.

Yards and a lot of rail-connected factories used to be full of freight wagons, carrying a variety of goods with a lot of people employed shunting wagons. Nowadays most of this wagonload traffic has been lost to road transport, while only a small proportion of traffic switched to intermodal.

Single wagonload freight is expensive due to the dangerous and time-consuming work involved in train preparation, shunting, coupling and uncoupling wagons fitted with screw couplers (which takes around 40 seconds), which in turn limits the tonnage of trains, as well as the manual input of data regarding wagons.

Unmanned mechanical coupling and uncoupling which takes just one second for the pin to be pulled by a human was introduced in North America in 1873 with the Janney coupler. The Railroad Safety Appliance Act of 1893 made the Janney, now the Association of American Railroads (AAR) coupler, mandatory and it is now used in China, Japan, Africa, Australia, New Zealand, and South America. The AAR coupler also allowed much heavier trains. In the United States, 15,000-tonne trains are normal with some coal trains in the Midwest reaching 20,000 tonnes. In Europe few trains exceed 2000 tonnes and 3000 tonnes are only permitted on a case by case basis. Some European countries like Italy still have a 1600-tonne limit.

Some activities are still performed manually such as coupling/uncoupling of the brake pipe and the brake test. The End of Train Device (ETD), used in North America since the late 1970s, has accelerated the brake test because it communicates continuously all the relevant data and position of the brake system to the Head of Train device in the leading locomotive, performing an emergency brake if required. The system also informs the driver of faults. The connection of the pipes should always be done by humans, who can inspect the train, perform light repairs or alert maintenance staff to faults before departure. These devices could also fulfil the train integrity function required for the ERMTS Level 3 application.

European railways attempted to introduce an automatic coupler in the early 1930s, but without success. In the early 1960s, the International Union of Railways (UIC) developed the AK69e or Unicoupler based on the Russian SA3 coupler, but its introduction, planned for the second half of the 1970s, was torpedoed mainly through resistance from labour unions fearful of job losses.

The introduction of railway liberalisation and a ban on subsidies to rail freight in Europe, coupled with high shunting charges by some infrastructure mangers led to a sharp decline in wagonload freight in Europe.

European railways attempted to introduce an automatic coupler in the early 1930s, but without success.

This critical situation forced those train operators wanting to rescue wagonload freight to attempt to introduce an automatic coupler. Faiveley developed the Transpact C-AKw coupler, interoperable with the SA3, with connections for HEP, brake pipe and a data transmission line. Trials took place in Germany but were unsatisfactory.

The AAR and the Federal Railroad Administration (FRA) started trials in 2008 in search of improvements to their well-functioning coupler. A research programme was launched to develop the Tricoupler, capable of coupling the brake pipe and the data transmission line and with disconnection via remote control. However, there are no signs of usable results so far.

More recently Germany and Switzerland started research into a new digital automatic coupler (DAC), but the desire to resolve all coupling problems seems very ambitious, since it will not be interoperable with the existing screw or Schaku couplers.

The Scharfenberg Type 10, mandatory only for high-speed trains through the European Union’s TSIs, appears to be on the table. Swiss Federal Railways (SBB), GreenCargo, GATX and German Rail (DB) are conducting trials thanks to a research project financed by the German government, which is contributing €13m, the Swiss government with SFr 15m ($US 16.4m), and the EU through Shift2Rail. They are testing Voith’s CargoFlex coupler based on a Schaku coupler. Austria’s Rail Cargo Group instead is testing an AK coupler based on a Schwab coupler, which is only used in Switzerland on EMUs.

The tensile strength of the Schaku coupler is in the 1000kN range, which equates to a train of around 3600 tonnes, which is not far off the traditional screw coupler which is suitable for trains up to 3000 tonnes, let alone other couplers in use around the world. The Schaku coupler must be coupled very carefully at a maximum speed of 4km/h, but in a traditional marshalling yard the hump sends wagons into each other with speeds exceeding 15km/h. The aim of the new system is again to connect HEP, brake pipe and data cable in just one move. But what if there is snow, ice or debris which can obstruct the safety-vital brake pipe or prevent coupling or cause uncoupling en route? Should the shunting operator clean the coupler each time? Most EMUs and DMUs use a protective cover on the Schaku or on high-speed trains hide it under the streamlined nose.

If the solution seems worse than the problem, why not choose other methods proven to be very effective? Complex problems can often be solved with a combination of simple solutions.

Wagon data collection and transmission was solved in North America through the extensive use of RFID on each vehicle, which has been mandatory since the late 1980s. A dedicated antenna in each freight yard activates the microprocessors in the RFID device on each vehicle, which sends the ID data back to the antenna. The IDs can also be read by tablets or smartphones using NFC-technology. Some European operators are installing such devices voluntarily, but since there isn’t a mandatory data-exchange protocol, the RFID plates aren’t of great help.

The data for each wagon and its brake system can also be transmitted wirelessly via Wi-Fi or a GSM-R/UMTS module to the leading unit and to the antennae in a yard. The next step could be a low power GPS antenna, with the position of a wagon monitored remotely, as most road hauliers already do. This can work well before all wagons are fitted, but it is impossible if all wagons and couplers in a train do not have a data line and DACs.

Safety-critical brake pipe connections should be done by humans, to avoid the risk of air leaks during operation, forcing the train to stop while the crew search for the leak. Or, far worse, the brake pipe can become obstructed, with the risk of being unable to brake the train. EDT and HOT are on the market and locomotives can be retrofitted within a few hours.

Complex problems can often be solved with a combination of simple solutions.

Let’s now analyse retrofitting freight wagons with the drophead Janney coupler. For simplicity, 2 million couplers are needed to adapt 1 million wagons. Assuming each coupler costs €1000, the total cost would be €2bn. To install the couplers, each coupler needs two workers for 30 minutes, so one hour per vehicle, and the work can be done anywhere. Assuming each worker costs €50 per hour, the total labour charge would be €100m. To retrofit all the wagons would take 1 million working hours. If 10,000 workers are deployed to only perform this task, the entire job could be completed in 200 hours. Working 40 hours/week, the task can be accomplished in five weeks. But, let’s say two months to be prudent to allow for unexpected problems. The investment totals just €2.1bn, which could be easily covered through the European Green Deal or Next Generation EU initiatives.

Of course, all the wagons fitted with other types of coupler, such as Schaku or Schwab, should be converted which would add another €1bn to the total cost and one month of work.

At the end of the installation programme, the four buffers on each wagon should be removed, to reduce weight as each buffer weighs around 120kg. Two workers with a small crane could remove all four buffers in 20 minutes. Removing the buffers from three wagons each hour, means a total of 333,000 working hours. Using the same 10,000 workers would take 33.3 hours or just over one week at a cost of around e16m.

The overall cost of the first phase of installing Janney automatic couplers can therefore be cautiously estimated at €3.5bn and would take up to four months to be accomplished, with a carefully planned and coordinated action across Europe. After all, Japan did it in one night in 1925.

There should be considerable operating savings from installing the Janney coupler. A study published in 2009 called The Automatic Centre Buffer Coupler, by Mr Bernhard Sünderhauf, estimated the saving for shunting deriving from implementing automatic coupler at €120m per year just for German rail freight operators based on 2005 operating costs, with a further annual saving of €25m from reduced maintenance costs. Additional savings through the more intensive use of wagons thanks to less time wasted for shunting are estimated at €420m, based on the revenue per wagon in Germany in 2007. If these calculations are correct, in Germany alone there could be savings of at least €500m per year.

Perhaps the adoption of the drophead Janney coupler, which will not incur royalty payments to anyone, is too cheap, too fast and too simple. Maybe these are the real barriers to adopting this solution?

*Ivan Beltramba is a transport policy officer with one of Italy’s regional governments, and the views expressed here are his own.
Special thanks for very precious information to Paola Bianco, Andrea Bracciali, Vittorio Cervigni, Oliviero Aresu, Lorenzo Lesignoli and Marco Cacozza.