A study by the Institute of Mobility Policy (KiM), part of the Dutch Ministry of Infrastructure, has concluded that there is a strong case for the reintroduction of overnight services from the Netherlands to other European countries. 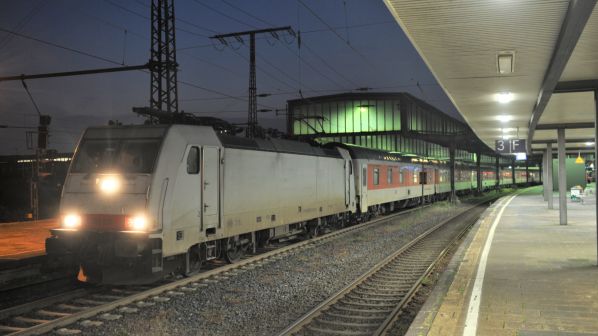 KiM says there is good potential for overnight trains from Amsterdam to Vienna, Munich, Zürich, Prague, Turin and Milan, with annual ridership estimated at between 700,000 and 1 million passengers.

However, success will be dependent on a level playing field for train operators with fair track access charges and allocation of train paths.

With increasing public concern about climate change, the potential for increasing international rail passenger services to and from Dutch cities has risen up the agenda in recent months. Politicians and senior figures in the Dutch railway sector have been promoting international travel by train and calling for shorter journey times to make rail more competitive with other modes.

NS says passenger numbers on services from Amsterdam to Berlin increased 18% in the first half of this year, compared with the corresponding period in 2018.

Earlier this year German Rail (DB) ordered a new fleet of Talgo day trains, which will reduce Amsterdam - Berlin journey times by around 30 minutes to 5h 50min by eliminating locomotive changes at the Dutch-German border. These trains are due to enter service in 2023.

There are currently no scheduled overnight trains to or from Dutch cities, although Netherlands Railways (NS) is in discussions with Austrian Federal Railways (ÖBB), which operates overnight services in Austria, Germany and Switzerland under the Nightjet brand.

ÖBB is keen to extend its Innsbruck/Vienna - Dusseldorf Nightjet to Amsterdam in partnership with NS, which would operate the trains in the Netherlands. ÖBB and NS are discussing the proposal with the Dutch Ministry of Infrastructure, but both operators point out that a subsidy will be required as passenger revenues will not cover all operating costs.

Proposals for new international overnight trains are gathering momentum in other European countries. In May Swiss Federal Railways (SBB) said it can “see potential in the market” and is reportedly looking at options for launching sleeper services in cooperation with ÖBB.