The 15-year contract will begin in December. 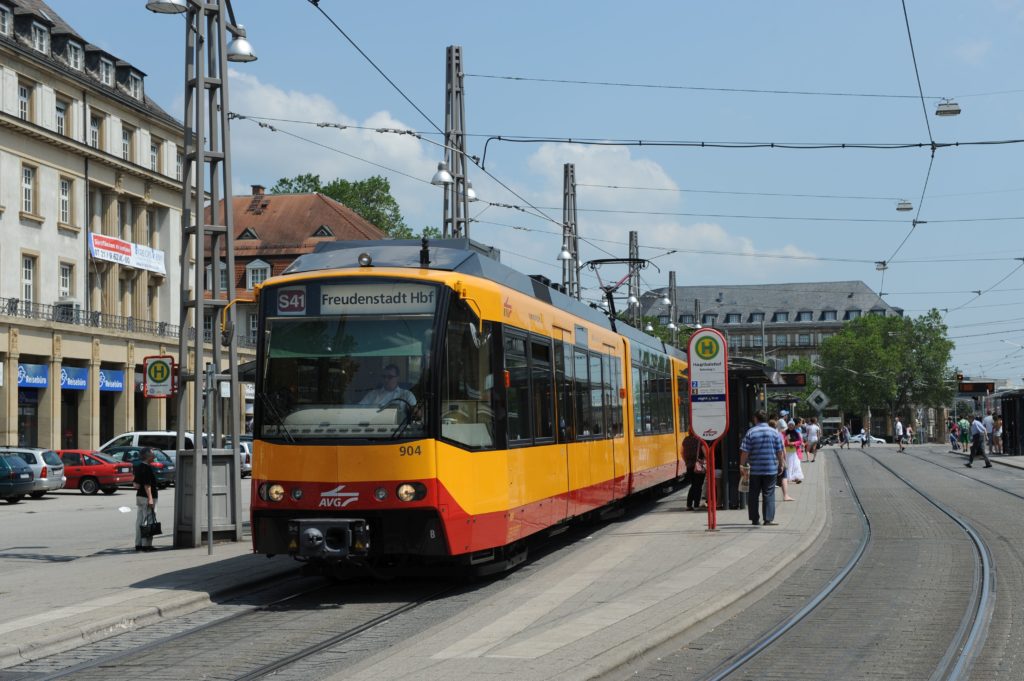 The contract includes the introduction of new tram-trains on the network.
Photo Credit: Quintus Vosman

BADEN-Württemberg municipal operator Albtal Transport (AVG) will continue to operate tram-train services in Karlsruhe for another 15 years following a long period of negotiations between AVG, the state Ministry of Transport and other authorities.

The contract, which begins in December 2022, was awarded through a direct award process, and covers the following routes:

The contract covers the operation of around 10.8 million train-km each year, and makes provision for developments such as the introduction of a new tram-train fleet in 2025. The timetable will also be improved to reduce journey times, with the Bretten - Karlsruhe main station timing expected to be reduced by 15 minutes.

Stadler has been confirmed as the winner of a contract worth up to €4bn for up to 504 Citylink tram-trains in the Official Journal of the European Union, after a consortium of seven German and Austrian partners announced the Swiss manufacturer as the winner in January.

Part of the Association of German Transport Companies (VDV) Tram-Train project, procurement project was launched in 2017 with a discussion with manufacturers and system suppliers over reducing the cost of procuring vehicles by around 20%. The consortium includes AVG, Karlsruhe Transport Authority (VBK), Saarbahn, Schiene Oberösterreich (Schiene OÖ), the state of Salzburg, the Neckar-Alb regional railway, and Baden-Württemberg’s state-owned rolling stock company SFBW.

The contract includes a firm order worth €1.7bn for 246 Citylink tram-trains to be delivered over the next 12 years, as well as 16 years’ maintenance with an option to increase this to 32 years. This work will be subcontracted to the partners’ workshops.