NORWEGIAN infrastructure manager Bane Nor completed the tunnelling for the Follo Line on February 26 when the last two of four 150m tunnel boring machines (TBM) broke through at Kvakestad in Ski, creating the Nordic region’s longest railway tunnel. 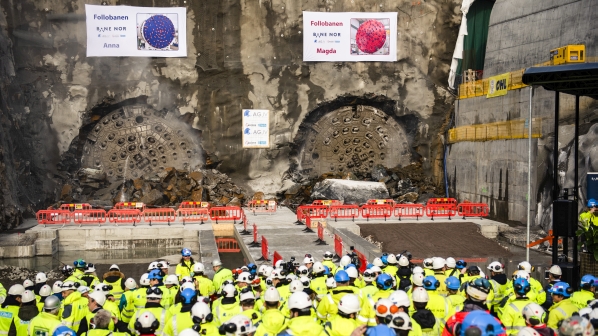 Drilling was launched by prime minister, Mrs Erna Solberg, and then minister of transport and communications, Mr Ketil Solvik-Olsen, on September 5 2016.

The 22km, 250km/h Follo Line will halve Osl - Ski journey times to 11 minutes, while also reducing pressure on the existing rail network. While around 20km of the line will run underground, Bane Nor opted to construct separate bores for each track, necessitating the creation of around 36km of drilled tunnel in total.

Construction was carried out by a joint venture led by Acciona and Gheller (AGJV) under a contract awarded by Jernbaneverket before it became Bane Nor. AGJV included 18 subcontractors, including AF Group, Turboconstroi, Copuno, Herrenknecht, Actyon, Elecnor, Hæhre, Peab and Mammoet.

The Follo Line project has faced some difficulties and Bane Nor announced in January that the cancellation of two key contracts with Condotte, Italy, in January 2018 had delayed the opening of the project by a year, with the project costs increased to NKr 30.7bn ($US 3.5bn).

The project was scheduled for completion in December 2021 but Bane Nor says the cancellation of the contracts with Condotte, which ran into financial difficulties last year, had resulted in unavoidable delays. The line will now open in December 2022.

The problems with Condotte have cost Bane Nor NKr 1.6bn, while ground conditions have also been more challenging than initially expected. Bane Nor says it will request that the cost framework be increased by 7.7% from NKr 28.5bn to NKr 30.7bn.

“We deliver on time and we keep what we have promised,” says AGJV project director, Mr Fernando Vara. “We have encountered hard, Norwegian mountains and challenging ground conditions, but thanks to our expertise and good work, we have mastered this. We are pleased to have handled such a large and demanding TBM project.” 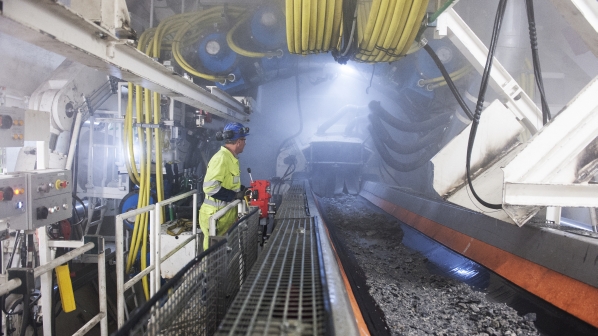 The tunnel is one of the first in Norway to be constructed using TBMs.

“We considered different methods, but understood early that tunnel drilling is a good choice,” says Bane NOR's project manager for tunnel production, Ms Anne Kathrine Kalager. “With this project we have shown that tunnel drilling with TBMs can be a very good alternative to conventional blasting when building long tunnels in Norway.”