AUCKLAND Transport (AT) has called for expressions of interest (EOI) to operate the city’s commuter rail network from 2021. 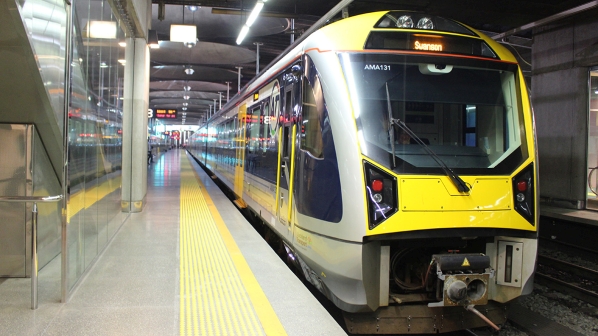 “The current rail operating contract for Auckland metropolitan services has been in place since 2004,” says Mr Mark Lambert, executive general manager of Integrated Networks. “We’re now to undertake a tendering process for a future rail franchise agreement. We have made great progress in reinvigorating passenger rail in Auckland with the system now carrying 22 million passengers per year, with growth of 5% in the past year.”

Trasndev has operated the service since it was awarded a contract in 2003.

AT has decided to move towards a more integrated operating contract, which will give the incoming operator greater responsibility and control for service delivery.

“We have the determination to reinvigorate the region’s rail services,” Lambert says. “With the City Rail Link (CRL) to be completed in 2024 and the other recent rail upgrades just announced by central government, the future of Auckland rail is very bright.”

The Auckland network is 94.3km long, with 42 stations and 195km of track. Services are operated by 57 three-car EMUs, with 15 more on order.

The new contract will be introduced at the same time as a number of significant changes to the Auckland network, including the opening of the CRL in 2024, along with the introduction of next generation ticketing, the additional EMUs on order from CAF, electrification extensions and a third track on the Wiri - Quay Park line to ease congestion and separate passenger and freight services.

Following the evaluation of the EOIs, AT will shortlist participants who will then be invited to respond to a request for proposal (RFP) for the franchise. The contract is expected to be awarded in February 2021.