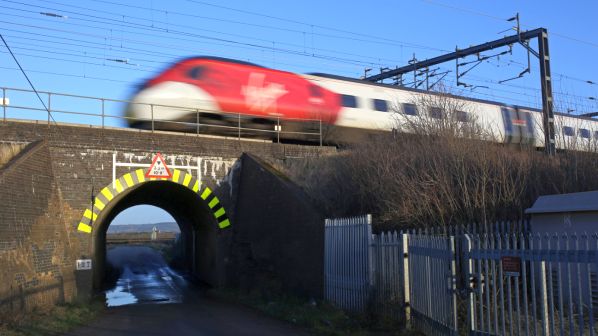 Stagecoach confirmed in a statement on April 10 that is has received verbal confirmation from a senior DfT official that it will be excluded from the East Midlands, South Eastern, and West Coast Partnership franchises “for submitting non-compliant bids, principally in respect of pensions risk.”

Secretary of state for transport Mr Chris Grayling announced in a written statement to parliament on April 9 that the DfT intends to award the East Midlands franchise to Abellio East Midlands. The eight-year franchise begins in August.

Grayling also confirmed that the existing contract with South Eastern operator Govia will be extended to November 10, with an option for a further extension until April 2020. The West Coast Partnership contract is due to be awarded in June.

Stagecoach says the DfT asked bidders for the three franchises to bear full long-term funding risk on the relevant sections of the Railways Pension Scheme at a time when Britain’s Pensions Regulator is seeking additional funding because of doubts over the government’s continued support for the scheme.

“We are extremely concerned at both the DfT’s decision and its timing,” says Stagecoach Group chief executive, Mr Mark Griffiths. “The department has had full knowledge of these bids for a lengthy period and we are seeking an urgent meeting to discuss our significant concerns.

“We have drawn on more than two decades of rail experience and worked in partnership with local stakeholders to develop high quality proposals to improve each of these rail networks.

"We bid consistent with industry guidance issued by the Rail Delivery Group and shared with the DfT. Without ongoing government support for the long-term funding of railway pensions, the Pensions Regulator has indicated that an additional £5bn to £6bn would be needed to plug the gap in train company pensions.”

Stagecoach says the industry’s proposed solution would have injected an additional £500m-600m into the scheme.

“This would have provided better stability and security for members and much better value for taxpayers,” Griffiths says. “We are shocked that the government has rejected this for a higher risk approach. We would urge that a full independent value for money review is undertaken into this issue without delay.

“Along with many other train companies, we believe strongly that the private sector should not be expected to accept material risks it cannot control and manage. In fact, this was a key finding of the Brown review into rail franchising more than six years ago.

“We are therefore extremely surprised that the government still expects private operators to take risks they are not best placed to manage, despite the recent difficulties experienced by a number of operators of outsourced public sector contracts.”

Stagecoach warns that forcing companies to take on these risks could lead to the failure of more franchises and works against the interests of passengers, staff, taxpayers and investors.

“This is more evidence that the current franchising model is not fit for purpose, a view which has already been expressed by Keith Williams, who is leading the independent review of the rail system,” Griffiths says.

“It also further damages the already fragile investor confidence in the UK rail market and it undermines the involvement of two of the last British transport groups who are part of running Britain’s railway.”