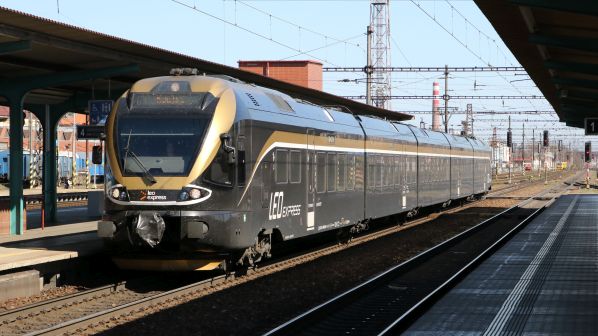 SPANISH state-owned rail operator Renfe has announced plans to purchase 50% of the capital of Czech-based private rail operator Leo Express. The deal, agreed in principle by the Renfe board this week, is dependent upon due diligence which is now underway.

Renfe says the deal is part of its strategy to grow beyond its national market, specifically by expanding its activities to the Czech Republic, Poland and Slovakia, and secure resources and licenses enabling it to access the German market. Renfe says the acquisition will also position it to access high-speed rail projects planned in the region.

Leo Express was founded in 2010 and began open-access services between Prague and Ostrava in late 2012 using a fleet of five brand new Stadler Flirt EMUs. The company has since expanded its services into Slovakia and Poland using the same train fleet, which is now leased. Three new Sirius EMUs built in China by CRRC are due to enter service in 2021 once approval is received. The deal includes options for a further 30 Sirius trains.

Leo Express has also obtained a regional concession contract in the Czech Republic and briefly operated open-access services in Germany, both on its own (taking over the Locomore business in 2017) and later from 2018 as a sub-contractor to Flixtrain - although this arrangement ceased in early 2020.

Leo Express reported turnover of Koruna 1.1bn ($US 41.2m) and profits of Koruna 150m in 2019. Its services have been severely restricted by the coronavirus pandemic and a possible sale to Czech national rail operator Czech Railways (ČD) was discussed in 2020 although this did not proceed. With many of its services remaining suspended, the operator is in protracted discussions with the Czech government about possible financial support.

Leo Express has also been in long-running legal action against ČD alleging predatory pricing on the Prague - Ostrava route between 2011 and 2019 and this case has been provisionally upheld by the European Commission; Leo Express is seeking between Koruna 468m and Koruna 1.05bn in compensation, which if paid would transform the company’s financial position.

Renfe has limited passenger operations in Europe outside Spain, where it is facing competition for high-speed services from later this year. Leo Express’ open-access know-how may be a motivation for the transaction.

As part of its internationalisation strategy, Renfe is working as a strategic partner on the Texas high-speed project and was selected as a shadow operator alongside Ineco and DB International by the Mexican National Fund for Tourism Development (Fonatur) for the Mayan Train project on the Yucatan peninsula in December. It is also preparing to enter the French regional and high-speed markets and is the shadow operator for the Rail Baltica project in Estonia, Latvia and Lithuania.